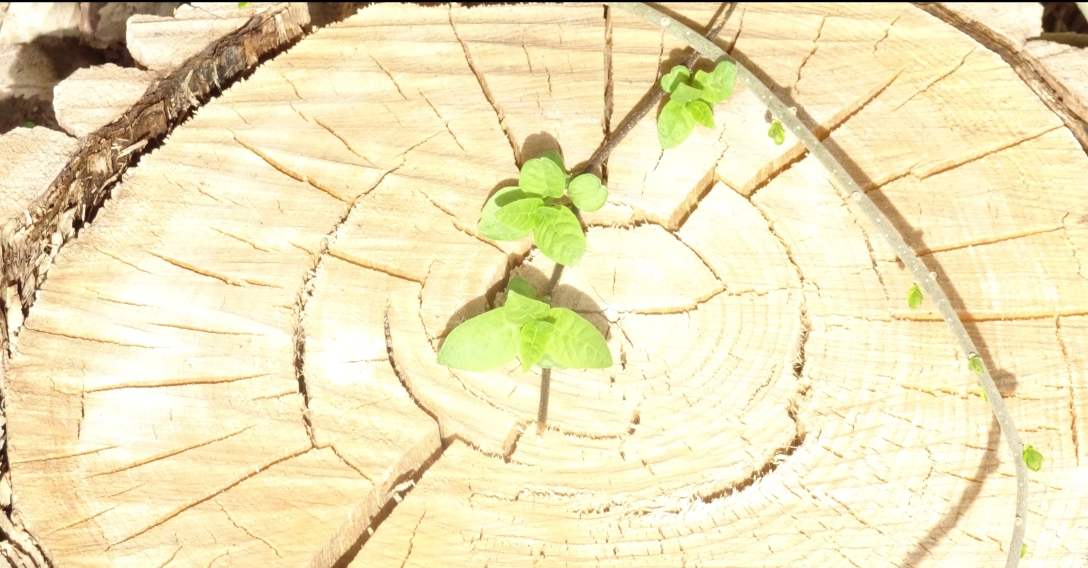 I want to tell all the world they should read Denise Levertov’s Life In The Forest, however, it is present in my mind that there is an acute bias when it comes to poetry. It occurs to me that poetry either evokes fear; sometimes even hostility or as a counter to such hostile reactions it is held in high esteem and given absolute adoration. Whichever way you approach poetry, it would seem the reader of the poem takes on a hyper-vigilance that makes him or her stop at each word trying hard to figure out what it is about. It is hard to absorb a poem when you are only thinking that it is like a puzzle and has some complete picture once all the pieces are put together.

Interestingly, Poetry looks rather light compared to narrative prose, but for some reason it is not perceived as easier because of its fewer number of words in comparison to a big book. Quite possibly, the fear and anger at just the thought of reading a poem are coming from the sense of vulnerability we feel before a poem. Will I read it correctly? Will it make me look stupid?

As I sit with Denise Levertov’s book I wonder how on earth can I say something … and here is where we fall apart — something poignant? I believe part of our timidity in front of poetry is that we feel clumsy around it. There is a beauty, and spirit in Denise Levertov’s work that makes me feel as if the best thing I could do is point to it in silence like some kind of inarticulate beast. But, I think we risk overvaluing a work of art or a poem so that paradoxically it does not become part of our collective value system. And that is bad for poetry and for us. Yes, it is true, poetry needs to be read more than once so that it will open up before us or rather we will open up before it. But the act of rereading is true of any great work. It is surprising how words take on or let go of meaning when they are read over and over again. Poetry is a practice, not unlike meditation or praying or singing or anything that is worth pursuing.

I picked up Life In The Forest because I had read Denise Levertov in a collection (1972-1982), of her works. You get what you get in a used bookstore so it took some time for an actual book of poetry to appear that was published as a book of poems, several stand alone poems, and longer sequences of poems arranged by Levertov.

I loved the poems on the first read, but really all I did with the first read is get my brain ready for the second, third, and … many more readings. It is only after reading it to myself, reading it aloud, reading it to my children, husband and the cats that all the waves of emotion, all the enormous thoughts, and all the wisdom began to loosen and become arranged in some meaningful way.

Denise Levertov’s Life In the Forest has so many poems worth holding on to that it requires a discipline I struggle to maintain as I decide which ones to highlight. I would like to tell you about all of them, but it is not possible here. Levertov shares her joy and pain, losses and confusion and her gratitude and awe without shying away from pointing out all the places where we hurt collectively and stand as hypocrites. I find that she is a tender writer. At the same time her tenderness is not at all weakness or sentimentality. Her tenderness points to the confusion, humiliation, fatigue and awe that comes with living. She is tender and wise, but fierce as she searches a subject and continues even when it gets uncomfortable — “laggard death” she writes in her Death Psalm, is the death that does not come quickly. She writes about preparing to die; doing all you need to do, “she tended her green garden.” It is all very beautiful and makes us feel at peace. But, death does not come. Instead death comes slowly and “steals insignificant patches of flesh.” And so we read on about dying, and dying, and lingering. Levertov takes you up and down in this poem and then makes you bow your head in sorrow and quiet rage against “laggard death” whispering to yourself, Why does this have to be true?

Is poetry a form of spirituality? I’m not sure. Spirituality once was tied very specifically to God so that if a person were spiritual you could say they were religious too. But, many people have an atheist spirituality. And God has become something more … . I do believe poetry is spiritual if we think of it in the classic sense of spirit, breath. Denise Levertov’s poems are filled with her breath, her spirit. There is God in her words, even when she is working her way, in a sequence of poems, through a husband/lover who is no longer there, but it is a God whose features are not so defined. It is the God that dwells within us. Levertov’s poetry awakens us to the joys and sorrows of life without reducing either. Her spirituality is not one that floats or hovers above us; it does not contain platitudes, but is it is grounded in the earth, in the pain of daily living, in the frankness of our weaknesses, and in surprise.

Life In The Forest begins with the poem Human Being. I love the first movement. It is all of life summed up in a few brief verses that have been put together masterfully:

Human being — walking/ in doubt from childhood on: walking / a ledge of slippery stone in the world’s woods/ deep layered with wet leaves –rich or sad: on the one side of the path, ecstasy, on the other dull grief. / Walking.

And then the surprise at the end of the poem:

This human being, each night nevertheless/ summoning — with a breath blown at a flame, or hand’s touch / on the lamp-switch– darkness, / silently utters, / impelled as if by a need to cup the palms and drink from a river / the words, “Thanks./ Thanks for this day, a day of my life.”

A beautiful note of “Thanks” even though life comes with pain. Giving thanks for the day as one awakens is a form of spirituality. Thanking is a form of thinking as Heidegger writes. Thinking and Thanking are, perhaps, the basic components to being human.

A Woman Alone takes us through this same enchantment of “ecstasy and dull grief” as we read about how a woman alone, when she thinks of all the things she can do because she is alone, are really quite wonderful, for instance:

When half her bed is covered with books/and no one is kept awake by the reading light/ and she disconnects the phone, to sleep till noon … / then / self-pity dries up, a joy/ untainted by guilt lifts her.

Aloneness slowly turns to joy. But this does not take away the fear she has of aging, of dealing “with photographs and the mirror”, although she no longer suffers from the fears so that she is battling their manifestation. They are simply there as fears. And then we receive the beautiful surprise at the end: “O blessed Solitude.”

This balance of joy and sorrow is made tangible through her extended poems on her mother’s dying: The 90th Year, A Daughter (I) & (II), Death in Mexico, A Visit, Death Psalm, A Soul-Cake, and Talking to Grief. Each poem is beautiful in its dense narrative of her mother’s time.

It had not been given her/ to know the flesh as good in itself,/ as the flesh of a fruit is good. / To her the human body has been a husk,/ a shell in which souls were prisoned./ Yet, from within it, with how much gazing/ her life has paid tribute to the world’s body!

The Long Way Round is another poem that invites you in to this sort of Alice-in-wonderland adventure of the way Levertov, a white woman, was made to see, to open her eyes to the reality of being “Black in White America.” This is a great poem and ought to be read in our classrooms alongside the history texts. Levertov’s awakening comes as a light from a lantern:

I in America, / white, an, indistinguishable mixture/ of Kelt and Semite, grown under glass / in a British greenhouse, a happy / old-fashioned artist, sassy and free, / had to lean in yearning towards / the far-away daughters and sons of / Vietnamese struggle / before I could learn, / begin to learn, / by Imagination’s slow ferment, / what it is to awaken / each day Black in White America, each day struggling / to affirm / a who-I-am my white skin never / has to pay heed to.

She is completely honest in her initial blindness. It takes the far-away to see nearby (read: Rebecca Solnit’s book, The Faraway Nearby ) to get an understanding of how things faraway can make nearby possible.). And, finally Levertov blows it all out of the water, with a water scene:

Her poem On the 32nd Anniversary of the Bombing of Hiroshima and Nagasaki reminds us of our easy acceptance of death tolls.

We’ve been used / to the daily recitation of death’s / multiplication tables: we don’t notice / the quantum leap: eighty-seven thousand / killed outright by a single bomb, / fifty-one thousand missing or injured.

And when she writes about the human shadowgraph that was imprinted on stone after the atomic bombings, her voice holds a desperate and wild hope:

that shadow / already had been for three days / imprinted upon our lives. / Three decades now we have lived / with its fingers outstretched in horror clinging / to our future, our children’s future, / into history or the void. / The shadow’s voice / cries out to us to cry out. / Its nails dig / into our souls / to wake them:

We need to be a nation of poetry readers. We need to let our fears sink into our souls and allow ourselves to feel pain as part of being human; not something from which we need to shield ourselves.

Poetry, in part, is like theater, it invites us to speak up, to say the words we might not be able to put together ourselves. Denise Levertov’s Life In The Forest is filled with a deceptive intensity. She speaks for us in ways that allow us to feel closer to the pain we carry without feeling we will be erased by that pain. Instead the insecurity and doubt by which we are plagued are blown away by her words. Now we know: we walk with doubt “from childhood on”. It is good to know this is all what makes us human; we are not alone in the darkness.

Denise Levertov speaks to us of joy and giving thanks to life. But, make no mistake, she is not accepting all the pain as a rather careless “who’s to say” attitude; she is questioning the way in which we live, the larger issues we typically put to the back of our minds, and reminding us of biases we still have. Levertov’s poems work on us. They not only rejoice by giving “Thanks,” but they insist we think too.