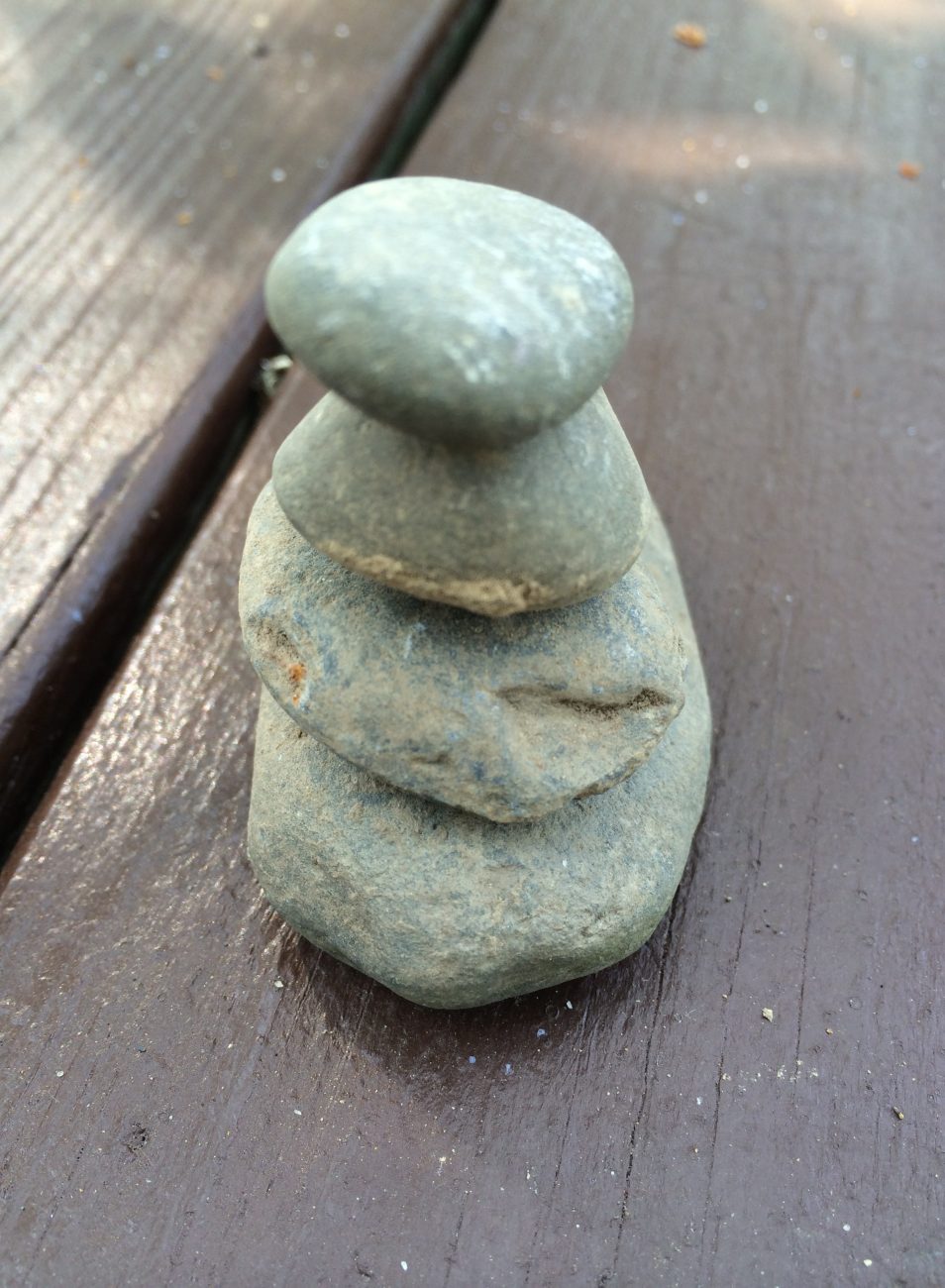 When you select Karen Armstrong’s book, The Case for GOD, from the bookshelf, you might think it will render a definitive opinion about God, most likely positive since it is “for GOD,” and, most important, it will make you feel better because you might assume in the end that Karen Armstrong is going to tell you that God is exactly how you imagine “him” to be… . And who wouldn’t feel better in the end knowing there is a GOD of our own creation?

But, if you have read Karen Armstrong you know things are not going to be quite that easy; at least you should know that she is going to take your simplistic view of GOD and show you exactly how and why you now hold such a view. You have been wanting a personal God that follows your every movement, and will occasionally do your bidding. Symbols like father make you feel protected. Knowing you are protected makes the world less scary. It would be much easier if Karen Armstrong said God exists, period, and yes he “he” knows not only what you want but what you need — maybe he even knows when you are sleeping and awake! We run into difficulty, however, trying to maintain our personal God when we think about all the horrible things that happen to people and have happened to more innocent people than we truly want to know. When we think about all the cruelty in the world a personal God does not make much sense.

For some it is easy to turn away from the contradictions and inconsistencies. Some people, I think, will toss the book aside, and run with their arms filled with static symbols, clinging to the certainty of a God the father who is an external deity and who watches us from some unseeable place above the earth. Others who read to the end of the book will feel a little frightened thinking they can no longer depend on a personal God. If you can stay with this scary feeling, however, God becomes more meaningful and even more profound when he is finally stripped of all his human qualities and vanishes from your understanding. When we take God out of our personal fortunes or misfortunes, GOD takes us out of our specific existence, and we can begin to glimpse the eternal.

Karen Armstrong gives us a long look at how God has been imagined, fought over and reasoned in and out of existence ever since there was such a thing as homo sapiens. She is similar to Joseph Campbell, who meticulously researched primitive cultures, finding, much to his surprise, that all over the world people shared similar origin stories. Not only did they share such stories, but they also partook in rituals that were meant to be transformative. Armstrong too finds similarities in religions; her mission, however, is unlike Campbell’s in that she is not comparing primitive origin stories, but rather laying out the argument for GOD through an historical analysis of how GOD has been understood or not, from around 30,000 BCE to the postmodern era. She presents a 406 page chronology — complete with: notes to pages, selected bibliography, index and glossary — of man’s beginning rituals, the idea of belief, the relationship between religion and science; she explains translations we assume have been constant throughout the ages, such as “credo” I believe, and discusses how faith has its origins in constant interpretation of the sacred texts — known as Midrash in the Jewish faith; she also demonstrates how God is often manipulated for political purposes. In the end we see how we got here today, which is to say at a place that closely resembles, but is not the same as a point when scholars such as Socrates, Aristotles, and then later, St. Thomas, Meister Eckhart, to name a few, had what was essentially an apophatic view of GOD. Apophatic meaning beyond words.

“The idea of God is merely a symbol of indescribable transcendence and has been interpreted in many different ways over the centuries. The modern God — conceived as powerful creator, first cause, supernatural personality realistically understood and rationally demonstrable — is a recent phenomenon.”

What is useful for those who are continually trying to think about God is how Armstrong goes over and over each argument pointing out how God has been used by Religious and non-Religious to do things that are un-god-like, as for example, when the Catholic God of Ferdinand and Isabella was used to unit the five kingdoms in Spain during modernity in order to establish a nation.

“As part of their unification of kingdoms that had hitherto been independent and had their own unique ethos, Ferndinand and Isabella had established the Spanish Inquistion in 1483. Its aim was to enforce ideological conformity as a base for the new Spanish identity. “

We see today that God is put into service to support fundamentalist agendas, and even used by atheists as the antithesis to fundamentalism. What is interesting about the use and manipulation of God, especially at the extremes, is the approach to scriptures and sacred texts. It does not matter whether one says God exists or does not exist since the only purpose the scriptures serve for extremists is to ransack the works in order to show, through literal interpretation, their righteousness or their absurdity.

Literal interpretations of what is called the “word” of God exclude others, making God a very personal and strange God who only cares about a few people or could not possibly care about anyone. Both extremes, according to Armstrong, are based on literal renderings of texts that were never meant to be taken literally.

“Like all religious fundamentalists, the new atheists believe that they alone are in possession of the truth; like Christian fundamentalists, they read scripture in an entirely literal manner and seem never to have heard of the long tradition of allegoric or Talmudic interpretation or indeed of the High Criticism.”

The literal rendering of a text seems to be related to idolatry. Often people have a hard time conceiving of idolatry. Those who are clever sometimes equate it with worshiping money. But, Armstrong explains that any time we take an object and make it sacred, so sacred that we are willing to kill for it, then it is a form of idolatry. When the Holy Land becomes a place on the map that can be fought over then it ceases to be a working symbol and turns into a form of idolatry.

“Fundamentalists are convinced that they are fighting for God, but in fact this type of religiosity represents a retreat from God. To make purely human, historical phenomena — such as ‘family values,’ ‘the Holy Land,’ or ‘Islam’ — sacred and absolute is idolatry, and as always, their idol forces them to try to destroy its opponents.

But it is essential for critics of religion to see fundamentalism in historical context. Far from being typical of faith, it is an aberration. The fundamentalist fear of annihilation is not a paranoid delusion. We have seen that some of the most formative creators of the modern ethos have indeed called for the abolition of religion — and they continue to do so. All these movements begin with what is perceived to be an attack by liberal coreligionists or a secularist regime, and further assaults simply make them more extreme.”

The desire hidden behind the idol, the static symbol, the literal interpretation is a desire for certainty, states Armstrong. For this reason religion has often supported scientific justifications for biblical events. But, religion and science are meant to be doing two different things, insists Armstrong. It is not either science or religion, but rather both science and religion because they are not similar in purpose.

“Scientific rationality can tell us why we have cancer; it can even cure us of our disease. But it cannot assuage the terror, disappointment, and sorrow that come with the diagnosis, nor can it help us to die well. That is not within its competence. Religion will not work automatically, however; it requires a great deal of effort and cannot succeed if it is facile, false, idolatrous, or self-indulgent.

Through a thoughtful and carefully constructed presentation Karen Armstrong leads us to a different GOD than the one we might have known in childhood and carried with us into adulthood. I must say, after reading The Case for GOD, I was saying prayers at the dinner table and as I heard myself say the names of those for whom we pray I thought, “why would GOD care more about my friends than anyone else’s, and what about those who have no one praying for them?” These are questions that tend to shake us. Who wants to think about GOD not being a personal GOD? But, what I felt at that moment was not, there is no GOD because “he” does not care about me in particular; rather I felt a loosening of my own heart, which now could open up to everyone in need.

“There is no dramatic ‘born-again’ conversion but a slow, incremental, and imperceptible transformation. Above all, the habitual practice of compassion and the Golden Rule ‘all day and every day’ demands perpetual kenosis. The constant ‘stepping outside’ of our own preferences, convictions, and prejudices is an ekstasis that is not a glamorous rapture but, as Confucius’s pupil Yan Hui explained, is itself the transcendence we seek. The effect of these practices cannot give us concrete information about God; it is certainly not a scientific ‘proof.’ But something indefinable happens to people who involve themselves in these disciplines with commitment and talent.”

In the end, the space of unknowing shatters all of our illusions, and humbles us. GOD cannot be contained within human reason; what we mean by GOD can never be defined. The goal in all religions, as Karen Armstrong points out by ending her Epilogue with a story of the Buddha, is to wake up. The only way to awaken is through compassion. Certainly, this is what Jesus is saying when he reproaches Peter for not staying awake with him at Gethsemane. Mt: 36:40 “So, could you not stay awake with me one hour…?” The story of Jesus is the story of awakening. To awaken then is to have compassion toward all sentient beings.