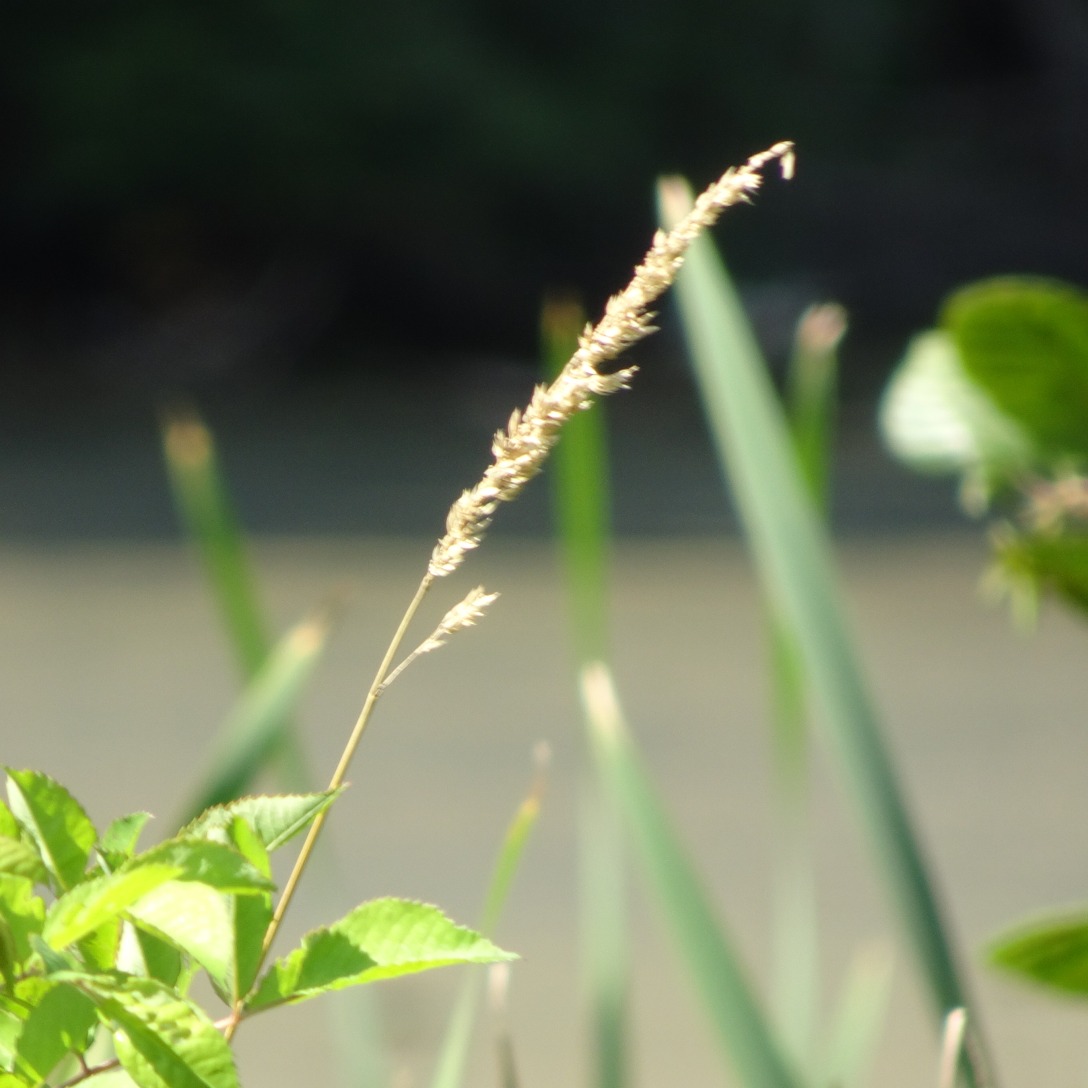 The Poisonwood Bible takes its readers to the Congo/Zaire with its main characters, 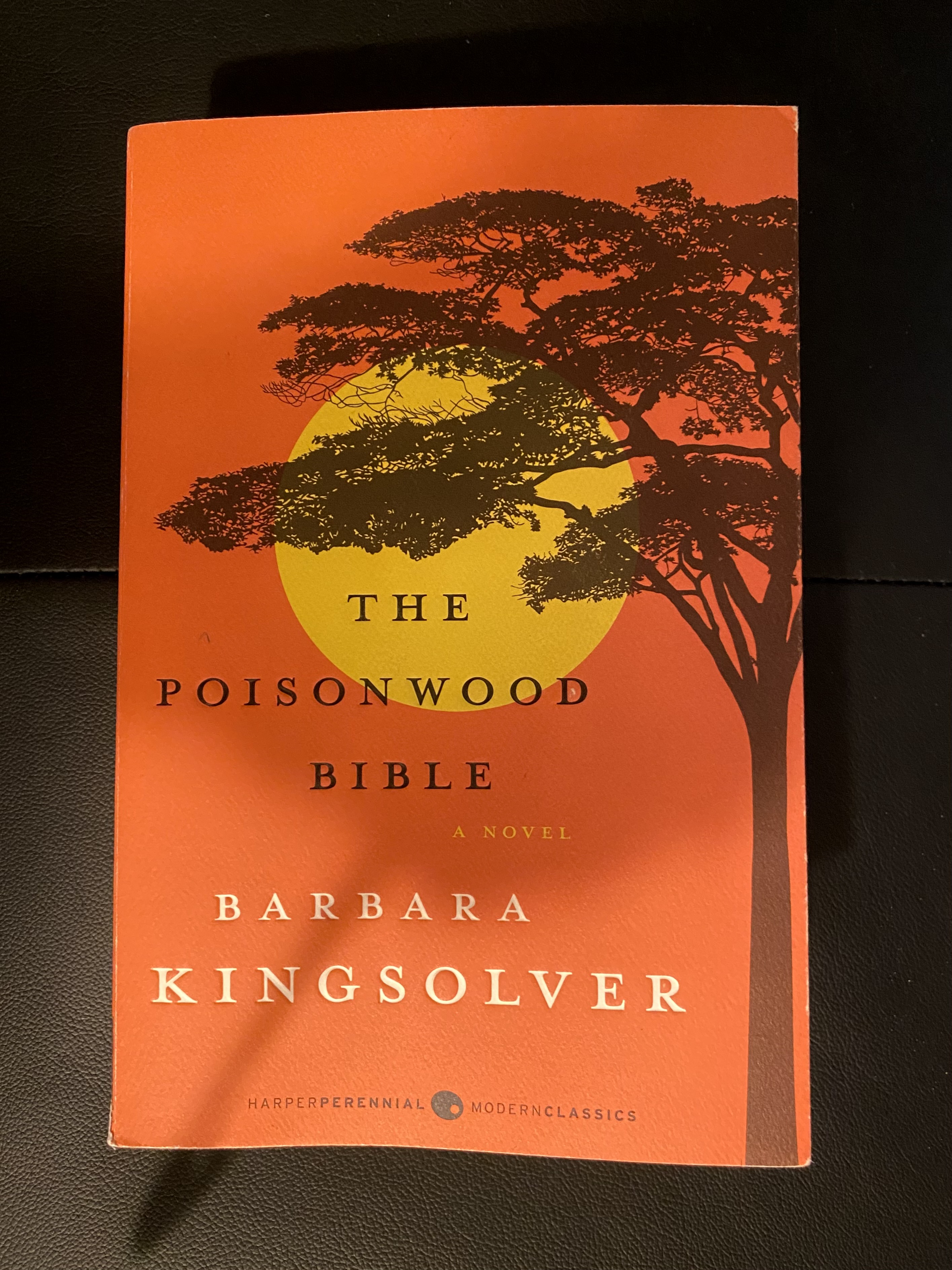 Nathan and Orleanna Price and their four daughters, Rachel, Leah, Adah, and Ruth May. The Price’s are Southern Baptist missionaries from Georgia, who set out in 1959 to enlighten the Congolese by bringing them Jesus. When they arrive to the little village, Kilanga, the villagers are waiting for them with dance and food. Only the celebration was not quite what the Prices had envisioned, since most of the members of the welcoming committee did not have much in the way of clothes on and the food was grossly unfamiliar.

As Rachel, the oldest contemplates what to do with the food in her mouth she is not permitted to spit it out, she concludes during this celebratory feast:

“I sat breathing through my nose, holding in my mouth the pure, awful slavor of something on fire and bristle of stiff hairs from the burnt hide of a dead goat. I shut my eyes tight, but even so, the tears ran down. I wept for the sins of all who had brought my family to this dread dark shore” p. 29.

If you think this novel will be about how the Prices eventually learn from Africa…and conversely, Africa learns from the Prices, well, life is not that smooth — not even in 1959. Especially in 1959.  In the words of Orleanna Price:

“We aimed for no more than to have dominion over every creature that moved upon the earth. And so it came to pass that we stepped down there on a place we believed unformed, where only darkness moved on the face of the waters. Now you laugh, day and night, while you gnaw on my bones. But what else could we have thought? Only that it began and ended with us” p.10.

The women folk tell the story. Each female, Orleanna, Rachel, Leah, Adah and Ruth May, tells it slant (there is a lot of Emily Dickinson in here). And what is the story? Barbara Kingsolver basically drags our butts around Africa while we go kicking and screaming begging for mercy.  No more. I cannot take the pain of knowing.  And, I am not referring to the difficulty the Price family had adjusting to their “third world” experience, but to the raw narrative, which lays it all out for us, which is to say that we have — we meaning we white people — have treated the world in general, and Africa in particular, as if it were a mere object to be used by us to fulfill our needs and desires. A mere playground where we are the bullies. There are times when the knowledge of the treatment of the Congo ripped through me. For instance, the deliberate interference by the U.S. in the first free election after the Belgian King decided he no longer wanted to play on the African playground. The destabilization and terror the U.S. created in order to get whatever it wanted — diamonds, zinc, cobalt — the resources of Africa, on the cheap. Cheap resources. Cheap consumption.

The story of abuse is not new, of course. Most of us know about how the U.S. destroyed many Latin American countries. I’ll pick one as an example, Chile. Chile had a thriving democracy and one of the longest, 250 years, when the U.S. decided to make Chile their playground and grand economic experiment — thank you Chicago School of Economics for ending democracy and giving the world Pinochet (see Naomi Klein’s, The Shock Doctrine).  Honestly, though, I get shocked over and over again when I am confronted with what seems like a recurring Ovidian drama, “Europa and Bull.”  It is also very convenient for me to feel shocked by the story as if it is new because then I can keep my head down and my life protected — but not protected from getting everything cheap, including the grace for which I long.

Kingsolver’s novel is most ingenious in its structure. It gives us a look at differing ways of seeing Africa and understanding the United States interest and intervention in what was once the Congo. It is a careful work of historical fiction.  Barbara Kingsolver is a gentle writer, but fierce when it comes to the truth telling, which is not at all a simple dividing up of victims and perpetrators. The victims and perpetrators are not easily separated from each other.  In many instances they receive an inheritance that lives within them and then is given to the world in unfathomable ways, both good and bad.

Even Nathan, the shining representation of the U.S., the evangelical Christian, and the only unchanging and predictable force,  suffered his own post-war trauma.  I wanted to hate him as much as his family eventually did, but PTSD. He lived from his trauma, his wound, and thus became the one to afflict wounds on everyone around him — the very exemplar of a tragic figure. He is basically dead before he even arrives in Africa. He set off to baptize the peoples of the Congo in the river, which was not wise since the crocodiles that populated the river made the Congolese absolutely frightened to go near it.  The fact that the Congolese did not want to get eaten by crocodiles makes them wiser in African than Nathan, but Nathan never paid attention to the Congolese. What do they know, after all, they have been deemed third in this race to rule the world. But they know. They know the land; they feel its pulse and have done so all their lives; yet Nathan refuses to see them.  Ironically, he is blind and cannot see the poor in Africa.

As the world changes — the Congo becomes Zaire, the Price girls grow and change, and his wife changes, Nathan remains solid in his desire to baptize everyone in the river. Eventually, he becomes the crocodile most feared by the people, so to speak, and his death is as predictable as his life.

As you might imagine, when the whitest of white people go to Africa intending to introduce the Africans to their white savior — although, there is no formal physical description of Jesus in the Bible — They are not received with much understanding or enthusiasm for One God. They are deeply involved in trying to keep their children alive and trying to stay alive long enough to do that.  Amazingly, rather than withering them or embittering them, their impoverished position gives them the ability to be giving (Although, I do not think Barbara Kingsolver is advocating poverty). But it is, and always will remain ironic that the poor can even find it in their hearts to give. Perhaps, it is because that is what we are made to do as living beings, give, and it is the poor who live most intimately with the act of giving as what is left after there is nothing left.  Giving is what it means to be. 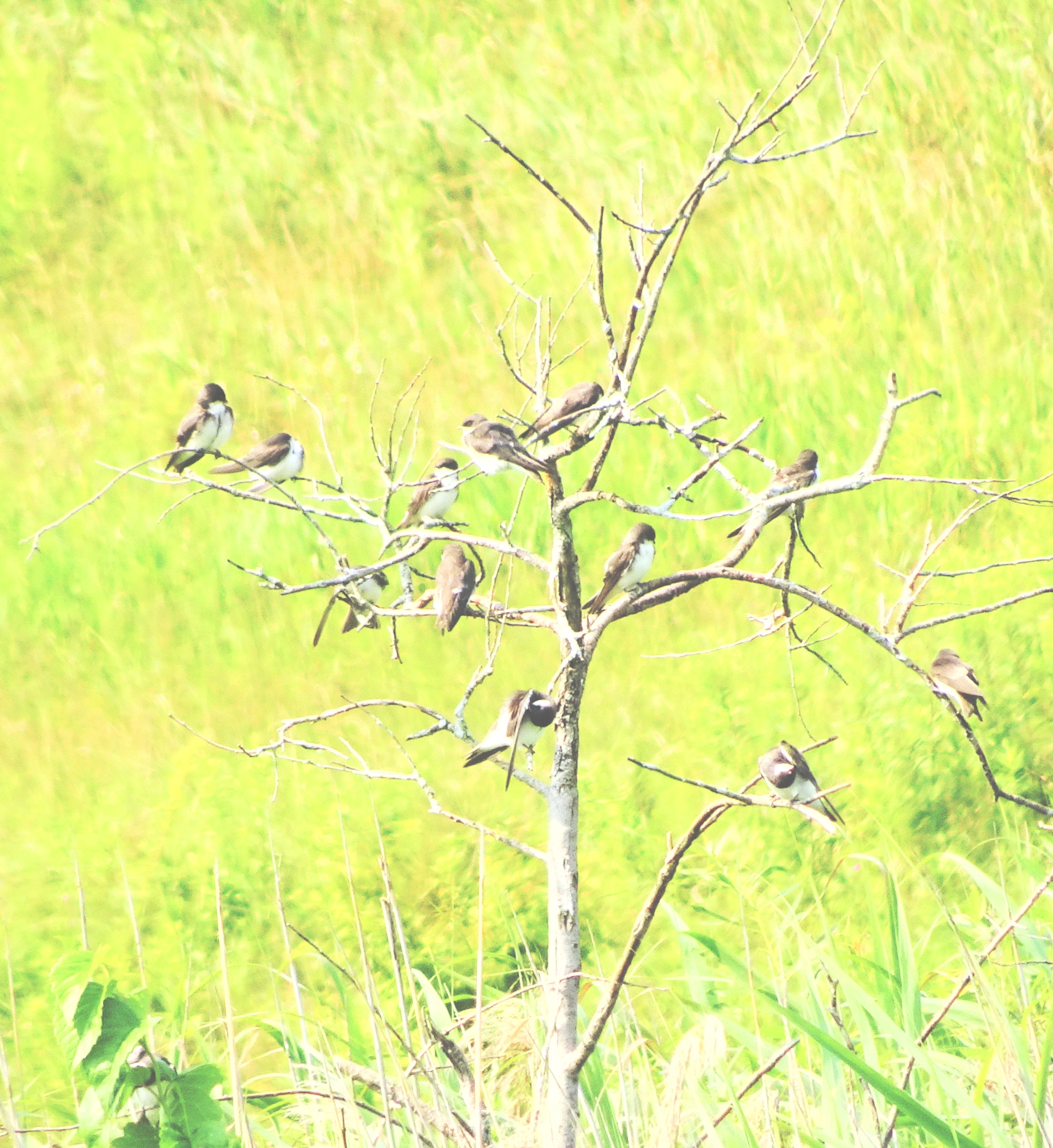 Hidden in this narrative of racism and colonialism is the surprising intersection with disability. Adah, who happens to be disabled, sees the world of giving through her disability. She feels at home in a world where everyone gives and receives and there is no hierarchy of giving because they are all so broken (something we seemed to have forgotten we are naturally):

Also, I made use of this rare opportunity to inspect Mama Tataba at close range. Normally she moved much too fast. I considered her my ally because, like me, she was imperfect. It was hard to say what she thought of Our Father’s benedictions, in church or out, so I pondered more interesting mysteries, such as her eye. How did she lose it? Was she exempt from marriage because of it, as I presumed myself to be? I had little idea of her age or hopes. I did know that many women in Kilanga were more seriously disfigured and had husbands notwithstanding. Standing with naught. Husbands. Here, bodily damage is more or less considered to be a by-product of living, not a disgrace. In the way of the body and other people’s judgment I enjoy a benign approval in Kilanga that I have never, ever known in Bethlehem, Georgia. p. 73.

Many years later, when Adah further contemplates her disability she states:

“The arrogance of the able-bodied is staggering. Yes, maybe we’d like to be able to get places quickly, and carry things in both hands, but only because we have to keep up with the rest of you, or get The Verse. We would rather be just like us, and have that be all right” p. 493.

The revelation of being the way you are and that being okay, and maybe even worth something, parallels Anatole’s visions of the past/future he tells Leah his wife when she is overcome with malaria.

In the Kingdom of Kongo, Béene, no batteries. No trucks, no roads. They declined to invent the wheel because it looked like nothing but trouble in this mud. For crossing the river they have bridges that stretch from one great greenheart tree to another on the opposite bank.

‘But what if it’s a huge river,’ I asked him once — ‘like the Congo, which is much broader than the reach of any vine?’

Can you imagine living in a world where there were internal boundaries that did not get crossed? If we had an ethics that informed us and we did not always do things because we had the means to do so? Interestingly, we in the U.S. are always alert to the crossing of our national boundaries — we do not want anyone to think they can just walk right in and do what they want. Yet, we cannot stop ourselves from crossing all sorts of boundaries.

Barbara Kingsolver’s Poisonwood Bible beautifully shows how our obsession with ourselves, our image, our desire for perfection can manifest in many debilitating and destructive ways. Where does this sense of perfection in man come from?

God never tells us He is perfect. “The notion of God as a perfect being is not of biblical extraction. It is the product not of prophetic religion but of Greek philosophy; a postulate of reason rather that a direct, compelling, initial answer of man to His reality.”

To be perfect.  To believe there is inferiority in race and other creatures of the world is our way of rationalizing our deeds.  Surely, if God does not tell us He is perfect, then perfection is man made, and not at all a desire of God, especially not something God wishes for us. In the end, the desire to achieve perfection is not merely an illusion; it is a delusion that stifles, justifies our end goals, and in the end, eventually annihilates creation.

Through the character of Adah, Barbara Kingsolver points to our own unchecked desires as what sounds like a classic Greek tragic play:

“If you could for a moment rise up out of your own beloved skin and appraise ant, human, and virus as equally resourceful beings, you might admire the accord they have all struck in Africa.

“Back in your skin, of course you’ll shriek for a cure. But remember: air travel, roads cities, prostitution, the congregation of people for efficient commerce — these gifts are godspeed to the virus. Gifts of the foreign magi, brought from afar. In the service of saving Africa’s babies and extracting its mineral soul, the West has built a path to its own door and thrown it wide for the plague” (p. 529-530).